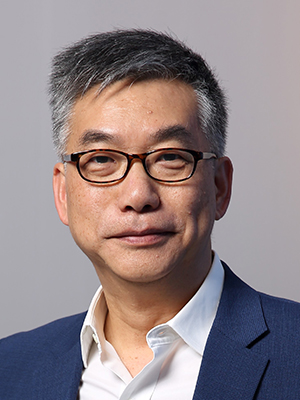 Programme Director, Bachelor of Arts (Honours) in Art and Design

Programme Director, Bachelor of Arts (Honours) in Cultural and Creative Industries
Department of Art and Design

Professor Desmond Hui is Professor and Head of Department of Art and Design at The Hang Seng University of Hong Kong. He obtained his Bachelor of Architecture from Cornell University; then Master and Doctor of Philosophy in History of Art and Architecture from the University of Cambridge. A registered architect in both Hong Kong and Canada, he has held Visiting, Honorary and Adjunct Professorship in Mainland China and Hong Kong.

Formerly he was Associate Dean of Arts and Professor at the Chinese University of Hong Kong. He taught architecture previously at the University of Hong Kong and was Director of the Centre for Cultural Policy Research at HKU. He has served on various international advisory committees including Expert Advisor to UNESCO and British Council on cultural and creative industries and is member of the International Committee of Architectural Critics (CICA). He was Guest Scholar at the Canadian Center for Architecture (CCA) in 1998 and Research Fellow of St Edmund’s College, University of Cambridge 1989-90.

He is Chief Author and Editor of several government / public studies related to arts and cultural policy in Hong Kong including the Baseline Study on HK’s Creative Industries (2003), A Study on Creativity Index (2005), Study on the Relationship between the Pearl River Delta and Hong Kong’s Creative Industries (2006) and Mapping Study of Creative Clusters in Hong Kong (2010 & 2015). He was selected as Lead Curator for the 11th International Architecture Exhibition of Venice Biennale Hong Kong Pavilion in 2008 and Co-Curator in 2012.

Professor Hui has served as appointed member of the Antiquities Advisory Board, Commission on Strategic Development and Non-Executive Director of the Urban Renewal Authority and is at present member of Country and Marine Parks Board, Advisory Committee on Built Heritage Conservation as well as Museum Expert Advisor to the Hong Kong Government.

From 2015-18, he was one of 43 international experts for the UNESCO expert facility of the 2005 Convention on the Protection and Promotion of the Diversity of Cultural Expressions and was engaged as International Expert in Mongolia. From 2017-19, he was member of the Expert Group for the UNESCO Culture/2030 Indicators project now implemented as pilot in a number of countries and cities and he has been appointed as Regional Expert for the Philippines and Baguio City from 2021-22.  He also serves on the editorial advisory board of  Arts and the Market and reviewer for Habitat International and Journal of Urban Planning and Development.

Inter-Relationships of Culture, Art, Architecture, Economy and Policies through an Interdisciplinary Approach in Arts & Humanities and Social Sciences