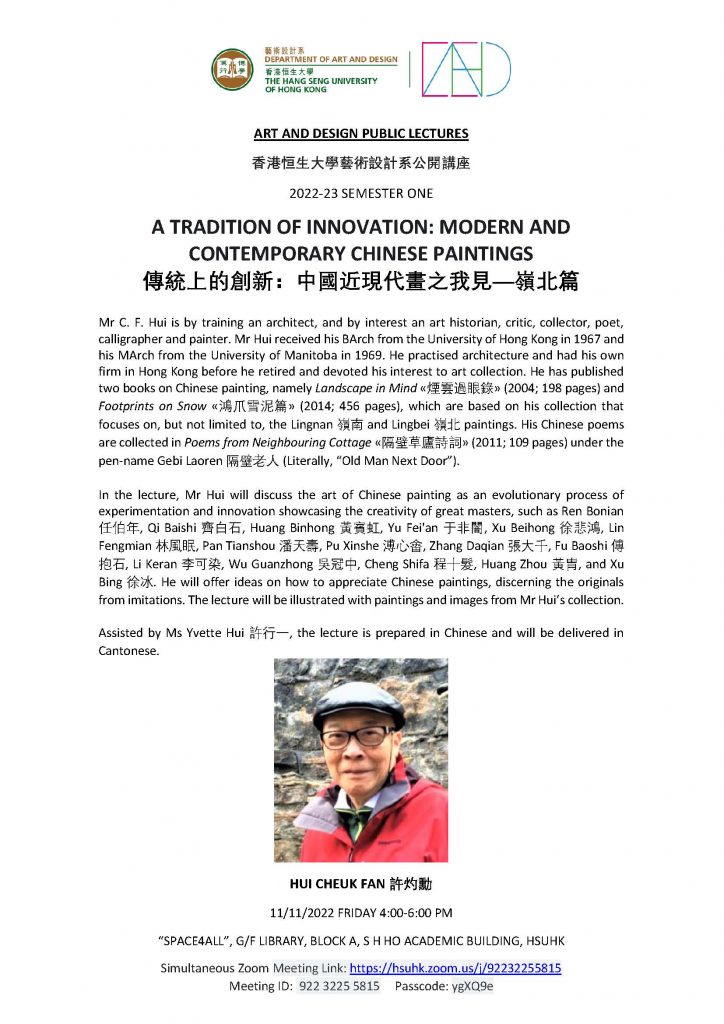 Mr C. F. Hui is by training an architect, and by interest an art historian, critic, collector, poet, calligrapher and painter. Mr Hui received his BArch from the University of Hong Kong in 1967 and his MArch from the University of Manitoba in 1969. He practised architecture and had his own firm in Hong Kong before he retired and devoted his interest to art collection. He has published two books on Chinese painting, namely Landscape in Mind «煙雲過眼錄» (2004; 198 pages) and Footprints on Snow «鴻爪雪泥篇» (2014; 456 pages), which are based on his collection that focuses on, but not limited to, the Lingnan 嶺南 and Lingbei 嶺北 paintings. His Chinese poems are collected in Poems from Neighbouring Cottage «隔壁草廬詩詞» (2011; 109 pages) under the pen-name Gebi Laoren 隔壁老人 (Literally, “Old Man Next Door”).

Assisted by Ms Yvette Hui 許行一, the lecture is prepared in Chinese and will be delivered in Cantonese.