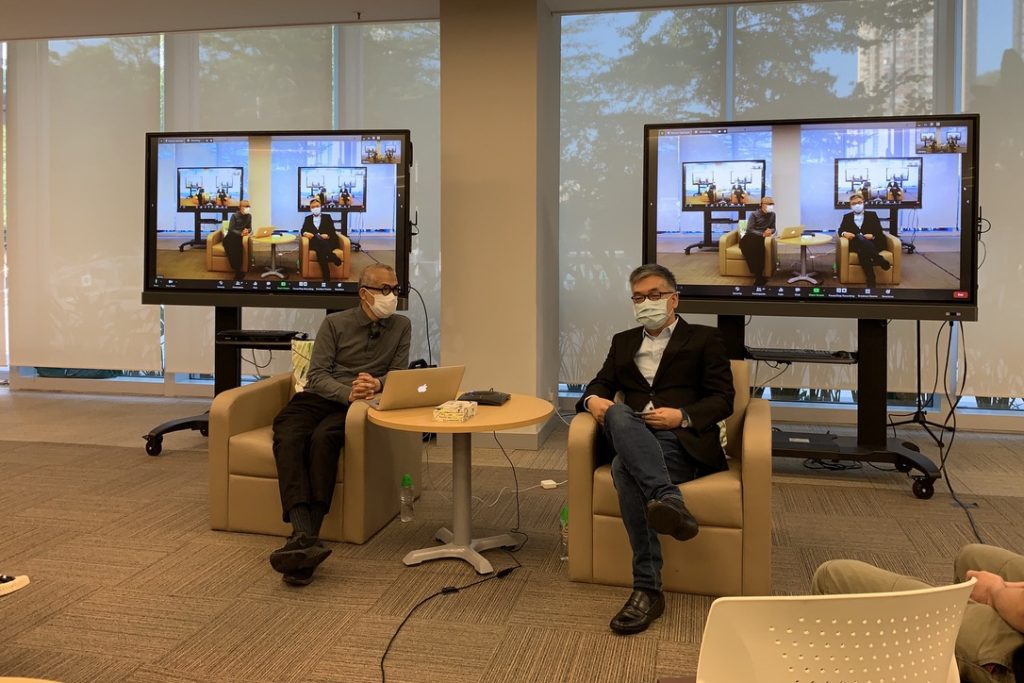 The second Art and Design Public Lecture was delivered by the famed designer-artist Stanley Wong (alias Anothermountainman) on 27 November 2020 at the University Library with about 25 audiences on-site and 55 online.

Mr Stanley Wong recently obtained three grand awards in design including the DFA Design For Asia Grand Award, Award for Culture as well as the World’s Outstanding Chinese Designer Award – the only recipient in the history of DFA Awards so far that has been awarded with two prizes at the same time.  His lecture outlined his sources of inspiration from 12 Japanese artists/ designers that had influenced his work for the last forty years.

The video recording of the public lecture can be downloaded from the following link (applicable for students and staffs): 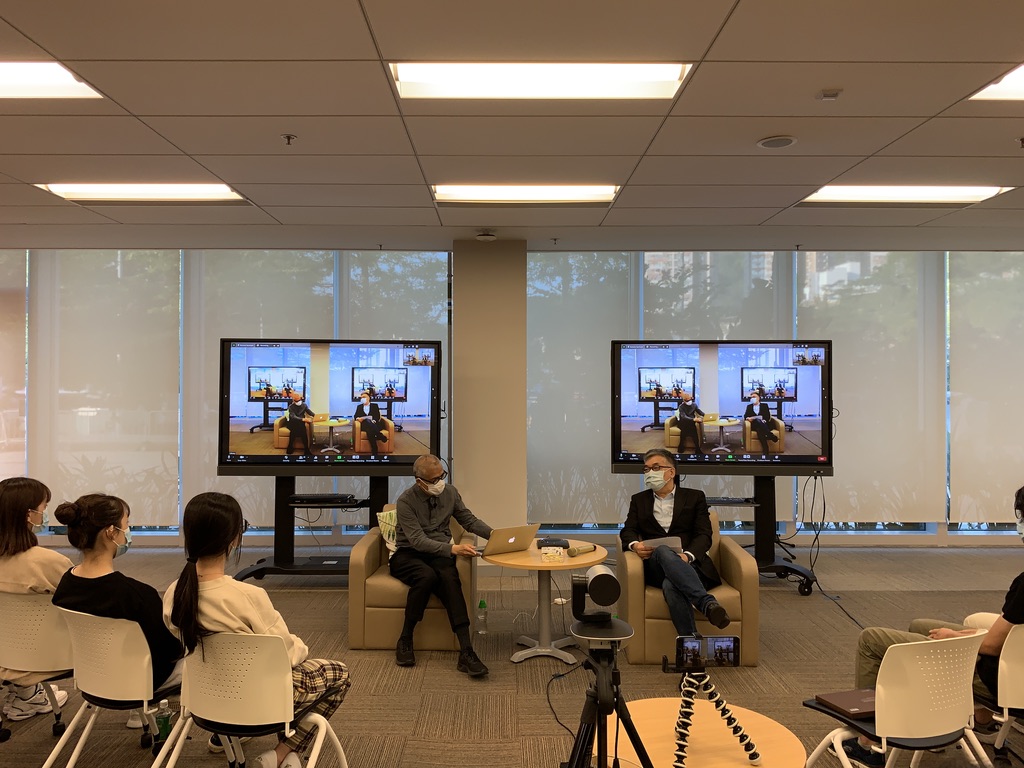 About 80 audiences participated in the lecture both on site and online. 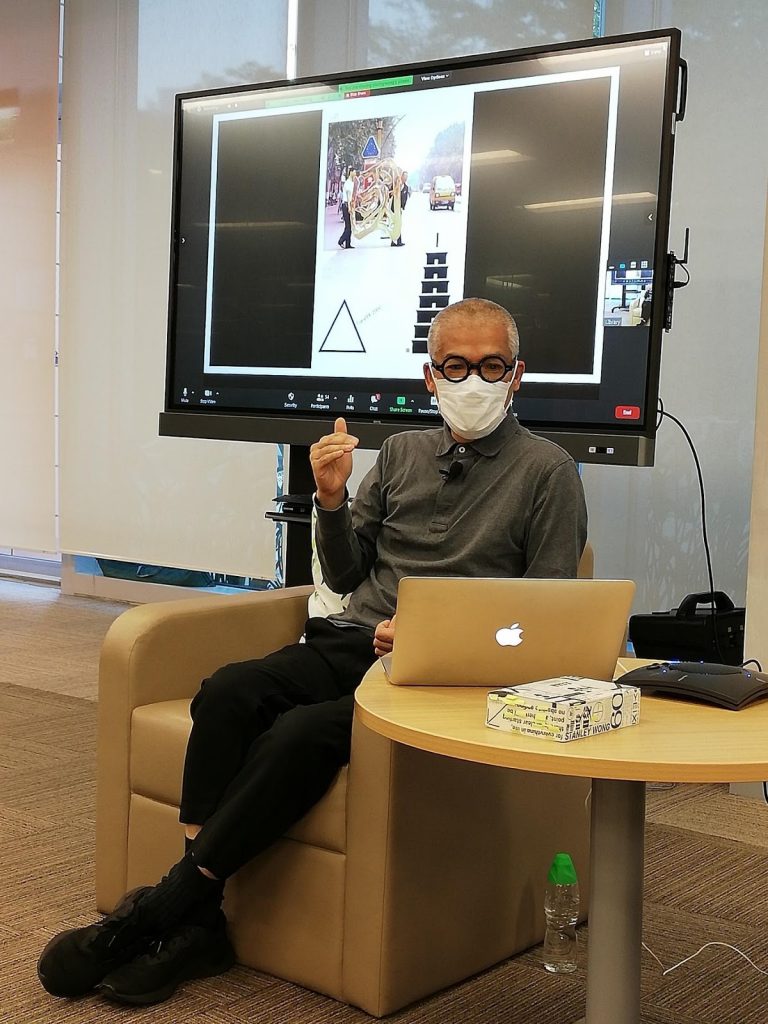 Mr Stanley Wong explaining his ideas of artwork and design. 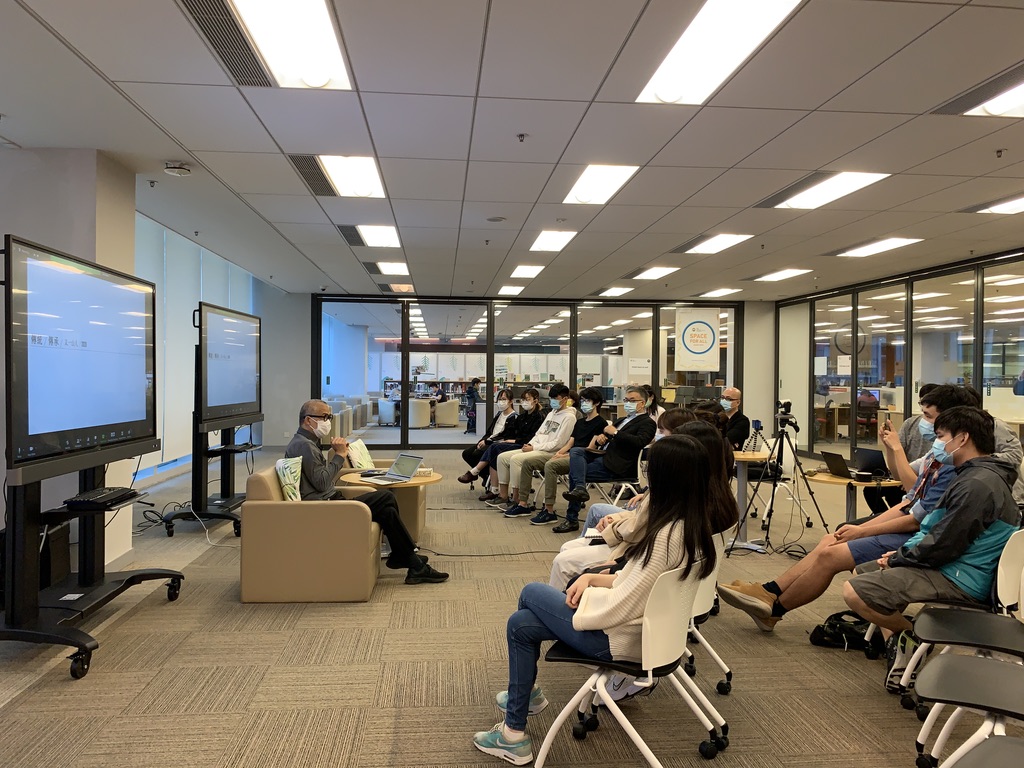 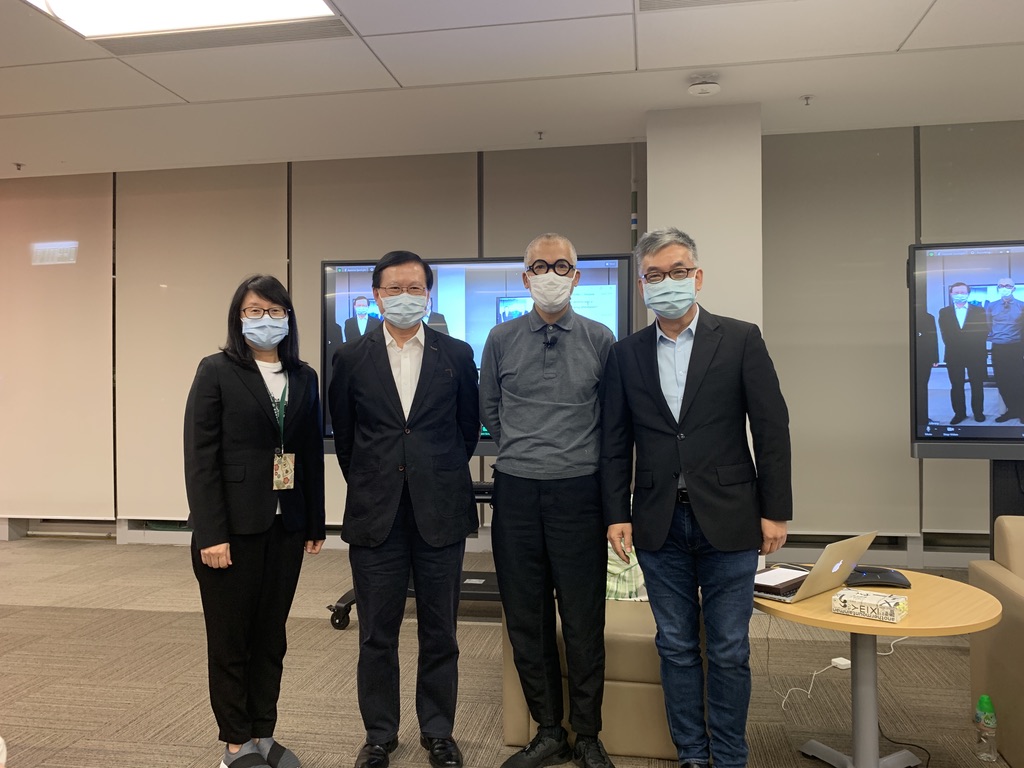